In a somewhat divergent genre for Albert Finney, Wolfen (1981, Dir. Michael Wadleigh) is an inventively crafted American supernatural horror-thriller with an eco-conscience. When a series of dead bodies are found viciously mauled in New York, the formerly retired Detective Dewey Wilson, played exquisitely by Finney, attempts to discover who or what is behind what seems to be savage wolf attacks. Together, with an eccentric collective of scientists, mortuary workers and fellow cops, including a great ‘detective duo’ pairing with Diane Venora as criminal psychologist Rebecca Neff, Dewey tries to uncover if it is something connected to a native-American community with possible superhuman transformative powers. Dewey finds himself caught up in something greater, older and more powerful than he can imagine.

Wolfen is an intriguing diversion from previous roles for Finney, the five-time Oscar nominated character actor, given his weighty back catalogue. This Salford-born Rada graduate established himself first as a revered Shakespearean actor and became hailed as a central figure of the British New Wave of Social Realism. Coming back from a hiatus in acting, indie-thriller Wolfen marked a darker direction for Finney, with its array of themes spanning ecology, threats of capitalism, racism, postcolonialism and an ever-relevant allegory of humanity’s arrogance in the face of industry and technology.

Within this brooding film is an even broodier Finney. One of the elements that makes Wolfen so attractive is his portrayal of Dewey; a ‘rough around the edges’ detective with Finney’s wonderfully idiosyncratic characterisation, a trait that has always made him so mesmerising to watch. His screen presence is magnetic as always; Dewey is broody, coarse and un-phased (by anything you can find in an autopsy room), as well as being intelligent, impressive and instinctive. 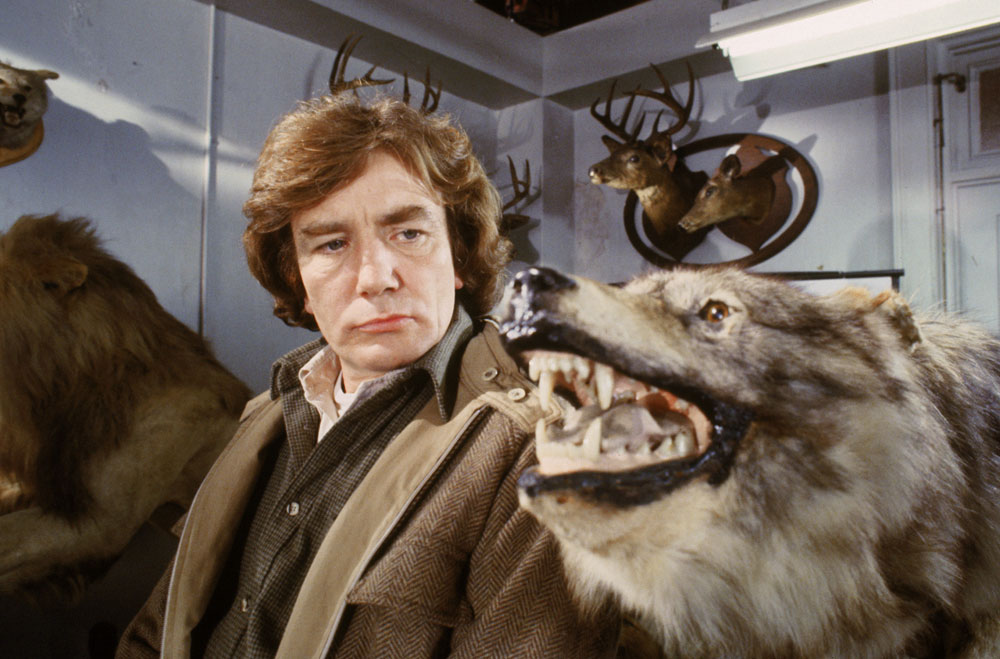 Despite his unfortunate emotional and mental state and his alcohol dependency, he is a most proficient investigator. Finney has a delicate way of exposing pure, raw character to us; uninhibited, uncensored and unrepressed. His distinctive, powerful voice is also still recognisable amidst the distinct New York accent. Finney has this remarkable ability to become a completely rounded, believable character within minutes, drawing us into him immediately with completely unique characterisation. Dewey is both unconventional and endearing; he is charmingly uncouth, tearing at his food constantly, talking with his mouth full of cookies whilst standing over cadavers on autopsy tables and talking out of the side of his mouth to colleagues with his lips around a cigar. The naturalistic dialogue and banter side by side with his multifaceted, non-verbal communication makes this role, in my opinion, one of his most interesting. We fall into those piercing, intense Finney eyes every time as they become key to unlocking his character’s neuroses. Finney is an actor who has both presence as himself but who is simultaneously deeply engrossing in his character’s persona; a strange, rare and impressive achievement in the world of film stardom.

One of Wolfen’s great achievements is also its stunning audio-visual design employing a range of unusual stylistic techniques, the most striking being the predator-esque POV shots where the camera glides and swoops over the land, hiding, crouching and stalking like a wolf, with creative crane and tracking shots, inventive shot compositions and graphics, an unnerving emphasis on shadows and a stirring sound design.

By Ally Davies, MPhil in Cinema and Screen Studies from the University of Manchester. Article originally published in HOME’s film season brochure and on HOME’s website here.