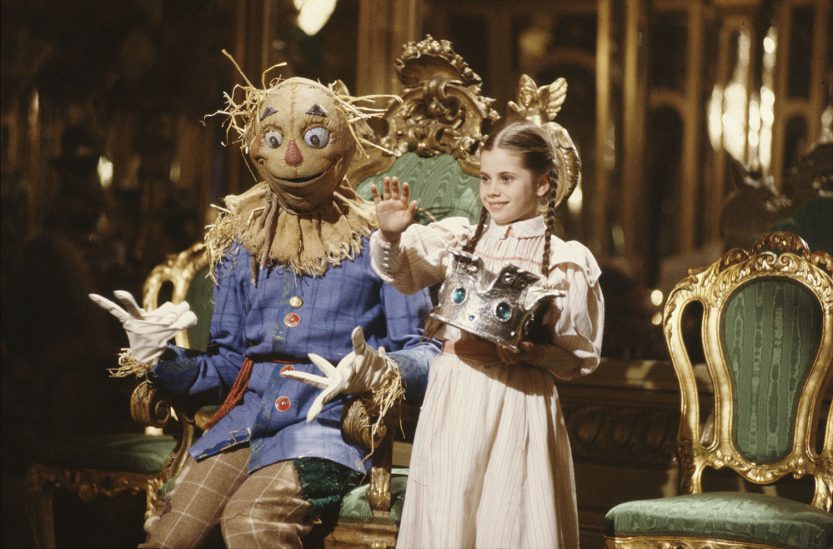 A Return to An Authentic OZ

Return to Oz (1983) was Oscar-winning sound designer and editor Walter Murch’s first and only directorial foray. Return explores what happens after the adventure and the saccharine denouement; after returning from other worlds; and after the heroine goes back to the long-awaited place, that there’s no place quite like. It is a film that many of us remember as being in equal measures mesmerisingly imaginative, eerie and eccentric, and, if you were anything like me and my siblings as children, a film watched endlessly on a loop.

The film begins six months after the events of The Wizard of Oz (1939) with a haunted, obsessive Dorothy suffering from insomnia. Her family, tired of her delusions of emerald cities and scarecrows, commit her to an institution to try electroconvulsive treatment; somewhere even Toto cannot follow her. Escaping the monstrosity of the sinister hospital, she finds herself once again in Oz. However, Oz is very much the opposite of the original; a ruined and dying wasteland devastated by the Nome King. With her devoted band of wonderfully surreal friends including a feisty talking chicken, a moose head with a sofa body and a steampunk, military windup robot (who profoundly delivers one of my favourite A.I. character lines, ever, ‘I am not alive and I never will be, thank goodness. I’ve always valued my lifelessness,’), they set out to restore life to Oz from skulking rock-monsters, a princess with interchangeable heads and biomechanical hybrids on wheels. Dorothy herself is rich in feminine strength and ethically engaged, devoted and unfazed by anything terrifying she encounters.

For me, the beauty of Return to Oz is also the return to L. Frank Baum’s original darker source material. Wizard was hugely divergent from the books and was never intended to have the whimsical tone that it had. Return is a truer adaptation in mood of the beautifully complex and somewhat disturbing books and embraces the darker, more cerebral elements of the Oz mythology. In retrospect, audience’s expectation after its predecessor was perhaps what led the film to being woefully overlooked on original release. Some found it too outlandish and bizarre and some for those same reasons adored it, propelling it to cult status.

It is a distant sequel, a deeply psychological and truly imaginative film with many layers and themes about childhood, transformation, trauma, escapism and fear. These qualities give the film real depth and a dark honesty seen in other fantasy family films of the 1980s such as The Dark Crystal (1982), Krull (1983), The Never Ending Story (1984) and Labyrinth (1986). These films were darkly peculiar and nightmarish but endearing; they were family films that weren’t afraid to give children a nod to horror from a safe distance routed in fantasy. They allowed children to understand more complex themes, emotions and depth of narrative and to confront truth and fears head on. Many fans cherish these qualities that Return exhibits and it remains a childhood favourite.

Return also demonstrates stunning production design by Norman Reynolds with expansive sets and detailed, distinctive environments. The Academy Award-nominated special effects uses a vast array of remarkable mediums, everything from animatronics, claymation and prosthetics to puppets and contortionists. Sound design has a deep dedication to echoes creating layers of atmospheres that are metaphorical and emphasise the voluminous chasms of emptiness of the silenced Oz, together with a melancholic score by David Shire.

Words by Ally Davies, MPhil in Cinema and Screen Studies from the University of Manchester. Article originally published in HOME’s film season brochure and on HOME’s website here.