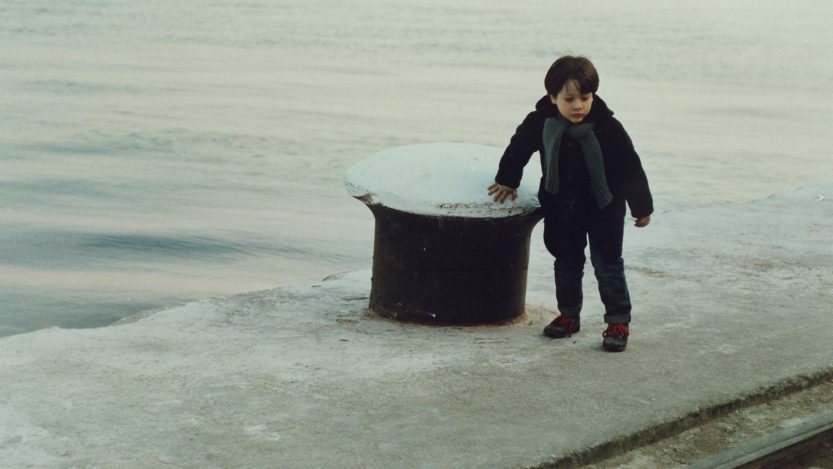 The Internal Landscape of Melancholy: Are We All in the Mist?

HOME’s Ally Davies discusses Landcape in the Mist, screening as part of our Road Movies season…

Like many road movies, Landscape in the Mist is a film about searching; it is an introverted journey as much as an external one. The multi award-winning film was released in 1988 and signified a departure in some ways from Theo Angelopoulos’ earlier body of work which was Tarkovskian in its dedication to historical inquest rather than intensive in character analysis. Landscape goes deeper into the intimate lives of its protagonists, though never wandering far from his signature (Brechtian) approach to political allegory and zeitgeist.

The film follows two children, Voula and Alexandros, as they leave their small town in search of their absent father. They embark on a journey in pursuit of what seems an illusion, finding instead only indifference and disillusion, punctuated with some very stirring moments of tenderness. Together they go train-hopping, hitchhiking and police-dodging from town to town, encountering all manner of peripheral characters and communities.

Landscape is essentially their harsh, brutal and disappointing introduction into the world. The film depicts a stark reality full of adult passivity and a glimpse into ravaged towns and lives. Played beautifully by the young actors, disheartening lessons are learnt; nothing comes for free; time changes everything; and be careful who you trust.

For me, it’s Angelopoulos’ distinguishing aesthetic style that is the true genius of Landscape. A master of Slow (Contemplative) Cinema, it is easy to see influences such as Welles, Tarkovsky and Antonioni in his observational cinematography. His unique use of complex cinematic techniques elevates the film to visual poetry as it is punctuated with otherworldly, illusory and trancelike imagery. What we see in Landscape is a love affair with the mystery of location and with space, place and time. Angelopoulos gives his audience a chance to actually engage with the world being presented and time to be present in the moment unfolding, allowing us to contemplate the world beyond the realms of the diegesis. Landscape delivers to us the spaces between words and action. Precisely executed plan-séquences are a triumph of choreography, suturing us into the very fabric of the existential narrative. It is poetry realised in the most poignant of visual terms.

The lyrical landscape becomes a dominating protagonists in its own right. There are some exceptional compositions which dwarf our subjects against huge backdrops of concrete buildings, alien-like machines and austere mountains, suggestive of their lack of understanding of the wider world. Angelopoulos’ implementation of wind and rain also creates in my mind echoes of Kurosawa’s use of weather as a narrative force; the mist becomes the bridge between infancy and adolescence. Eleni Karaindrou composes a deeply affecting melancholic score proving the oboe to be effective instrumentation in its ability to communicate a sense of yearning that permeates through the film.

Landscape is about something we can’t quite reach and is Slow Cinema at its best, drawing us into every cloud of mist, every footstep, every tear, every awkward, long silence, every dejected sigh. As a fan of Slow Cinema, I’m reminded of the type of question that always arises; do we really need to see 45 minutes of Dave Bowman trying to disconnect Hal 9000? The answer is and always will be, yes. This type of cinema may not be for everyone, but if it isn’t for you, then you must leave. Immediately. The rest of us are in for something special.

Words by Ally Davies, MPhil in Cinema and Screen Studies from the University of Manchester and Engagement Coordinator at HOME. Article originally published in HOME’s film season brochure and on HOME’s website here.